Police in Mbarara has started investigating circumstances under which te home of the self proclaimed Ankole King’s home was set on fire in Kabanyoro, Itaba Rwampara Mbarara district last night.

Information reveals that two traditional huts named Kairu and Kakama were set on fire by unknown people, one of tem belonging to Idrisa Kaweesa, the father to Umar Rubambansi, the self proclaimed Ankole King who was recently chased by his family for allegedly assaulting his father.

Max Muhumuza, the spokeserson of this Obugabe set up says that a lot of property was destroyed, but adds that this will not intimidate them to give up on the search for the revival of Ankole Kingdom. 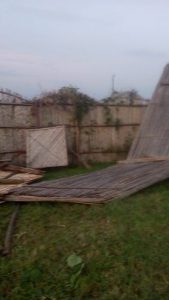 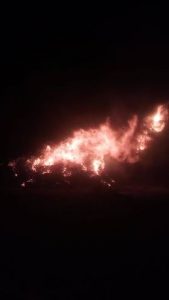 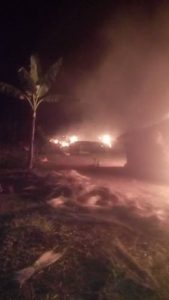 Meanwhile, Samson Kasasira, the spokesperson reveals that although police rushed to the scene and put out the fire, no arrests have been made so far, adding that investigations have commenced.

Rurekyera Geofrey is a proud Media practitioner. He was the Chief News Editor and Head of News department Croozefm upto may 2019, as well as C.E.O Mbarara Sun News-an online news website. He is passionate about causing the change in society, by telling the story that everyone else is fearing. That way, even those deprived of their justice can get it. Outside media, He has also worked in education, NGOs and has unmatched passion in politics and current affairs. facebook: Rurekyera Geofrey Twitter: @Rurekyera Geofrey website: www.mbararasun.com