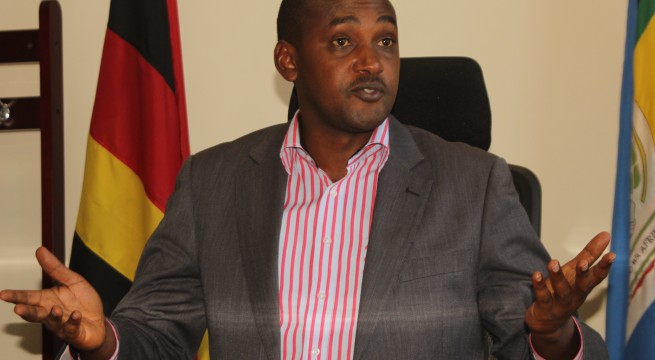 Following rumor that he had been forced to take leave pending investigations into an alleged unknown source of huge sums of money on his account, Minister for Presidency,Frank Tumwebaze has resumed work .

For the last few weeks the social media has been awash with rumor that Tumwebaze was being investigated for allegedly accumulating more than Shs10Bn on his bank account and that he had been forced to take leave before Security Minister Muruuli Mukasa was appointed to take charge of his office.

“I  was visiting my constituents and heard the rumors but they will always be there and I will not follow them. Every January I take leave bearing in mind that Parliament is not sitting and this was the case this time. Today I have been at the State Lodge in Jinja where I met the President and now back to office,” Tumwebaze explained as soon as he entered his office near Parliament on Monday afternoon.

On reports that there are people behind the rumor of being investigated the Ministerin Charge of the Presidency explained, “I know I am not a darling to everybody but as far as I am concerned I am here. I have always taken some decisions some people didn’t like but this is not a theatre where you only do what everybody likes.”

Tumwebaze however noted that he knows some forces are behind the rumors of being sacked but said it would be foolish if he revealed them.