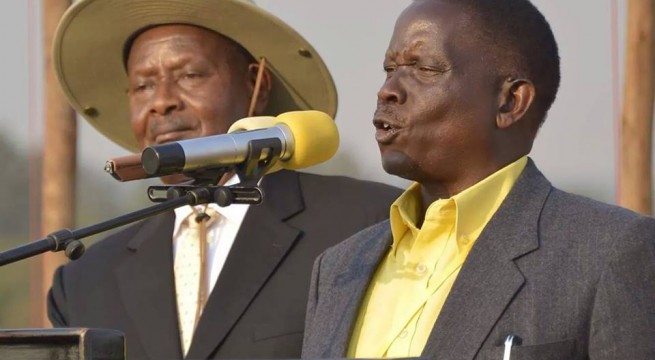 President Museveni has Monday camped in Busia to drum up support for NRM candidate Stephen Wanyama Oundo ahead of Thursday’s LC-V vote.

Museveni introduced Wanyama to the electorate, saying he is the right man for the slot if the area is to register development.Wanyama is facing stiff resistance from opposition flag-bearer, Deo Hasubi Njoki.

Several opposition leaders including Norbert Mao, Mohammed Kibirige Mayanja and Mugisha Muntu are in the area combing houses for Njoki.The vote is a big test for the opposition’s coalition after throwing its entire weight behind Njoki.President Museveni warned area residents against electing leaders who do not transform their areas, adding, government will work hard to improve the economic conditions of the people of Busia if they embrace the NRM candidate.

Museveni further utilized the moment to sensitise residents on wealth creation and warned against land fragmentation.