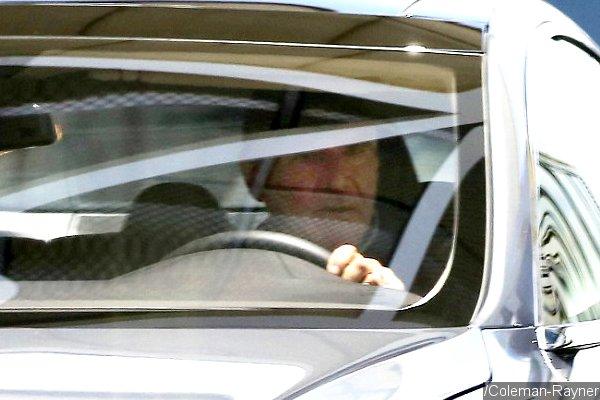 Harrison Ford has been spotted in Los Angeles for the first time since plane crash back in March. The 72-year-old actor was photographed driving a silver Tesla accompanied by a male friend in the front passenger seat on Wednesday, May 20.

In some photos obtained by Mail Online, Harrison could be seen wearing a cap and a long sleeved top. The “Star Wars” actor’s face was cut and bloodied following the crash, but there was no mark seen on his face in the new pictures.

At that time, his publicist said that the actor’s injuries were non-life threatening. His son Ben, meanwhile, tweeted that his father “has the best care possible, on the mend and of strong mind body & spirit.” Harrison was later discharged from hospital in late March.

Harrison will next be seen in “Star Wars: The Force Awakens” alongside other original cast members including Carrie Fisher, Mark Hamill, Anthony Daniels, Peter Mayhew and Kenny Baker. Directed by J.J. Abrams, the seventh installment of “Star Wars” movie series is scheduled to hit U.S. theaters on December 18.