CLASH OF THE TITANS AS GOLDEN STATE WARRIORS AND HOUSTON ROCKETS SQUARE OFF!

A repeat of last year’s Western Conference finals is on as the defending champions, Golden State Warriors, tussle it out with the resurgent Houston Rockets at Oracle Arena on Friday morning.

The Houston Rockets are in impeccable form and will be  looking to extend their 5 game winning streak while Golden State Warriors’ form has been quite lacklustre having won only 3 of their last 5 games.

James Harden,the reigning MVP, is the man the Warriors shall have to keep tabs on as he has been high firing from all cylinders recently, setting the record of being the only  active NBA player to have 30 or more points in 8 consecutive games and has so averaged 33.3 points and 8.4 assists. 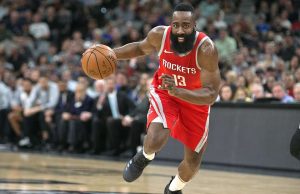 Current MVP,James Harden has been in great form lately.

The Golden State Warriors will look for inspiration from the usual suspects, Stephen Curry who has averaged 28.7 points and 5.3 assists plus  Kevin Durant 28.5 points and 7.4 rebounds 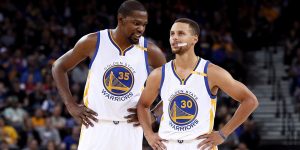 Houston Rockets are still without the service of their star point guard,Chris Paul,who is still nursing a hamstring injury

Houston Rockets are still without the injured Chris Paul

The Warriors are still without Demarcus “Boogie” cousins who is yet to play a minute of basketball this season.

DeMarcus Cousins is yet to play a game for The Warriors ever since his signing from The New Orleans Pelicans.